Jesperi Kotkaniemi was drafted in the first round (3rd overall) by the Montreal Canadiens in 2018. At only 18 years old, Jesperi earned a permanent spot on the team and became the youngest player to compete in the NHL this season. He is the third youngest player to make his debut with the Canadiens, following Mario Tremblay. Jesperi set a new franchise record by becoming the first player to score in three straight games before the age of 19. He finished his first season in the NHL with an impressive 11 goals, 23 assists and 34 points in 79 games.

With his undeniable talent, engaging and charming personality, Jesperi has everything to leave his mark in the NHL and become Quebec hockey fan’s favorite!

Following the announcement of the partnership between Jesperi, ACME World Sports and MVP Group Agency in May 2019, Simon Arsenault, the founder-president of MVP, said:

“We are extremely happy about this partnership with ACME World Sports by adding Jesperi to our team. He is a talented and inspiring young man with a promising future in the NHL. We are convinced that he will take his role seriously in the Quebec sports landscape and that he will be committed to give back to the community.” 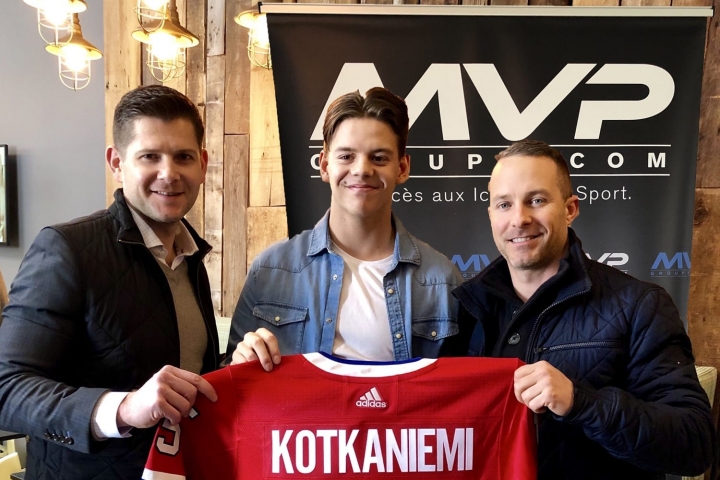 *Jesperi Kotkaniemi is represented by ACME in partnership with MVP Group.