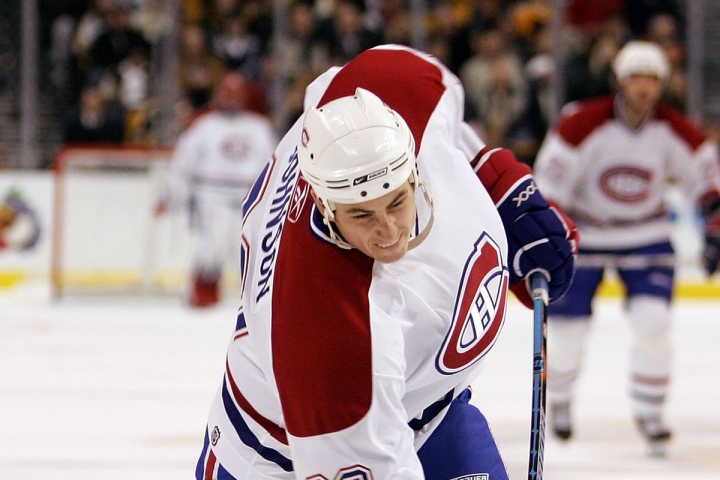 Undrafted, Mike Johnson, the Bowling Green State University product, paved his own way to the National Hockey League when his hometown team, the Toronto Maple Leafs, signed him out of college.  Following his first year in the show, in 1996-97, he was named to the leagues’s All-Rookie Team after tallying 15 goals and 47 points in all 82 games.

His sophomore year, he impressed with a 20-goal campaign.

The Leafs traded him to the Tampa Bay Lightning in February of 2000 and he had an immediate impact, concluding the regular season with 22 points in 28 points with the “Bolts”.

He was traded in 2001, this time to the Phoenix Coyotes, where he notched his second 20-goal campaign in 2002-03 and posted his second-best career point total (54) three years later.

The Montreal Canadiens acquired the winger the following Summer and he enjoyed a second “Original Six” team in the frenzy market.

Johnson played 21 games for the St. Louis Blues before retiring from the NHL shortly after, showing that an undrafted prospect can flourish in the big leagues. He collected 375 points in 661 contests.

He has never been one to step in the limelight during his playing days. Yet, he’s a model of perseverance and was well respected by his peers during his career.

Mike Johnson is now one the main television analyst with TSN, in Toronto, and his knowledge of the game make him one of the better commentators in the media.