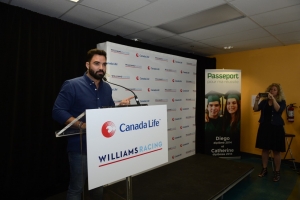 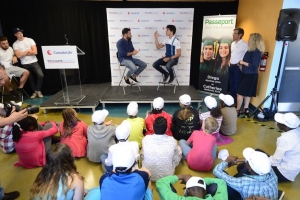 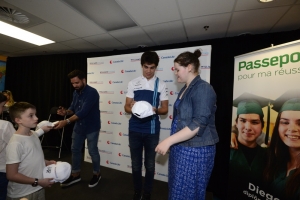 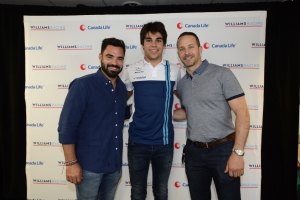 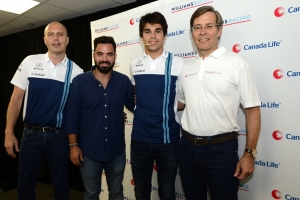 MONTRÉAL, June 7, 2017 /CNW/ - It had been over 10 years since a Canadian driver raced in Formula One before Williams Racing signed rising star Lance Stroll.

Canada Life and Williams Racing have jointly announced a new initiative in support of Lance as Canada's only driver in Formula One grid.

This multiyear agreement beginning in 2017 will help support Lance as he continues his rookie year in Formula One, and seeks to continue the storied history of the Canadian drivers who came before him.  Lance's entry into Formula One comes as Canada is celebrating its 150th birthday and Montreal – Lance's hometown – is celebrating its 375th birthday.

"At age 18, Lance is a Canadian all-star and the up-and-coming man to watch in Formula One," said Jeffrey Orr, Chair of Canada Life. "We are very excited to cheer on Lance as he works tirelessly to achieve success in Formula One." As part of the agreement, Canada Life branding will appear on Lance Stroll's race overalls and on the Williams Mercedes FW40 race car.

Claire Williams, Deputy Team Principal, added: "We are delighted to welcome Canada Life as a partner. As an organization, Canada Life's dedication to the financial, physical and mental well-being of the Canadian community is exemplary. Family and community are also at the core of everything we do at Williams, and we are proud to share these similar core values. I look forward to sharing a successful partnership for the foreseeable future."

The announcement came on the first day of programming for the 2017 Canadian Grand Prix. As part of the event, Lance was joined by Canadian Olympic gold medalist Alexandre Despatie to speak with soon-to-be graduates of the Pathways to Education Verdun program. The teens had the opportunity to hear inspirational stories of perseverance and determination from both of these athletes.

Every year, thousands of Canadian youth drop out of high school – a decision that costs them for the rest of their lives. Pathways to Education empowers young people to achieve their dream of graduating.  As part of its approach of giving back to the community, Canada Life has been a longstanding supporter of Pathways to Education and its mission to transform Canada into a Graduation Nation.

Canada Life wishes Lance and Williams Racing all the best for the 2017 Canadian Grand Prix weekend and throughout the rest of the season!

About The Canada Life Assurance Company
Canada Life, together with Great-West Life and London Life, serves the financial security needs of more than 13 million people across Canada. Responsible and ethical management is an intrinsic value of the companies and is essential to long-term profitability and value creation. The companies are subsidiaries of Great-West Lifeco Inc. and members of the Power Financial Corporation group of companies.