(98.5 Sports) - If you attended a sporting event in Montreal lately, an event put on by Evenko, it was organized in part by Simon Arsenault. Until recently, he was Evenko's director of sporting events.

However, the 37-year-old businessman decided to leave the comfort of his job to start his own company, MVP Group Agency.

The organization's mission will be to facilitate the link between sports-related personalities and companies wishing to use their services.

How can a company get in touch with the athlete it wants to hire as the face of its business? From now on, it will go through MVP Group Agency to achieve its goal.

In fact, several personalities have already agreed to be represented by Arsenault and his team in the making. In this list, we find names such as Jean Pascal, Georges St-Pierre, Michel Therrien, Bruno Heppell, Derek Aucoin, Marc Bergevin, Bruny Surin and many others.

"There is definitely a need in the market for this type of business, explained Arsenault. There are hundreds of companies, organizations and people in the general public who would like to hire sports personalities, in various forms, but don't know how to go about it. MVP will be a central point of contact for getting in touch with these personalities."

Several of the new clients were present at the press conference on Thursday morning, including our colleague from 98.5 Sports, Derek Aucoin.

"We are often solicited, we get calls here and there, but there is no real organization. Player's agent will only handle professional contracts. But to have someone who places phones for you, and actively seeks out companies that you can join, it becomes a need."

"We're often open to working with people who want us, but honestly, we have a lot of questions: How much should I ask for as a fee? How long do you have to be there? Who will oversee the event? It's important to have someone who can manage all of this."

The challenge now will be to spread the message:

"We need to make ourselves known in the corporate world. We're gonna have to work hard. There won't be any easy ones. I don't expect it to happen by itself. I will contact the various companies myself if I have to." 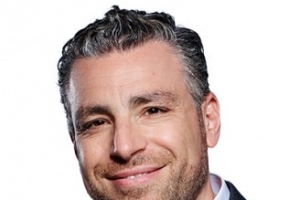