Graduation of STEVE BÉGIN with the Minister of Education and GSP 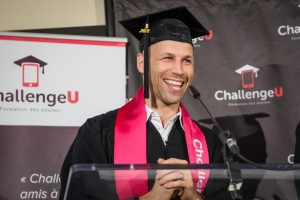 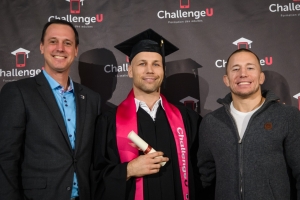 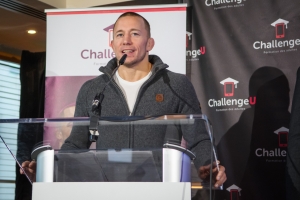 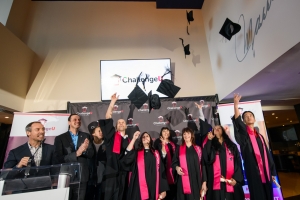 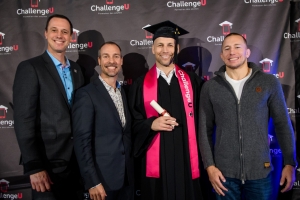 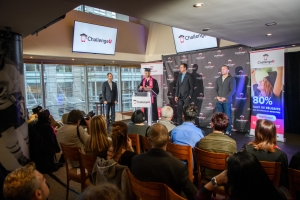 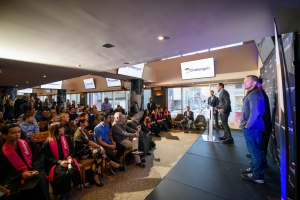 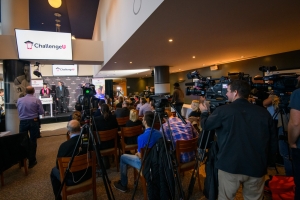 Montreal, November 8, 2018. - "Finish high school on your cell phone!" is the challenge launched by martial arts champion Georges St-Pierre to former Montreal Canadiens player Steve Bégin in February 2017 as part of the launch of the Challenge U educational platform in collaboration with the MVP Group, responsible for the association with the two sports stars.

Today, we are celebrating a real accomplishment performed by former Montreal Canadiens warrior Steve Bégin. It is from the hands of the new Minister of Education and Higher Education, Jean-François Roberge, that he officially receives his D.E.S. in the company of students who are also graduates.

Since the launch of ChallengeU, more than 10,000 adults from all over Québec have demonstrated their interest in completing their high school education online. The platform's primary objective is to provide partner school boards with course curricula that meet the requirements of the Ministère de l'Éducation et de l'Enseignement supérieur, in addition to technology that allows teachers to interact with their students at a distance. On this day of recognition for the success of the program and its graduates, ChallengeU would like to acknowledge the leadership and excellent work of the participating school boards and their teachers, who have decided to do things differently to counter the dropout rate.

"ChallengeU is an alternative to school for dropouts. We are very proud of the progress made by the graduates. The presence of Minister Jean-François Roberge today certainly marks a change that has begun in Québec with respect to innovation in learning methods accessible to a greater number of adults. "- Nicolas P. Arsenault, CEO of ChallengeU

"As a great hockey fan myself, I am pleased to recognize the efforts Mr. Steve Bégin has devoted to his studies. It is with the same determination that characterized him on the ice that he accepted the challenge issued by Mr. Georges Saint-Pierre and Mr. Nicolas Arsenault, President of ChallengeU. Today, he is an example of perseverance and proves to us that it is never too late to return to school and obtain a diploma," said Jean-François Roberge, Minister of Education and Higher Education.

"ChallengeU was really important to me. It was a promise I made to my daughters. I hadn't taken a French course in 20 years. The platform's rigorous program earned me an 82 per cent score on the Ministry exam." - Steve Bégin

It is to the hands of the new Minister of Education and Higher Education, Jean-François Roberge, that he officially receives his D.E.S. in the company of students who are also graduates.

It should be noted that the success rate in the Ministry of Education and Higher Education exams for students who have taken their distance learning courses online with ChallengeU is over 80%. An exceptional result for these adults who had the courage to go back to school.

To initiate a return to school and register: http://www.challengeu.ca.