Superb day at the ALBI OPEN held on August 21, 2017, an annual tournament organized by ALBI le GÉANT, the largest group of car dealers in Quebec. They did things in a big way as the event rallied 288 golfers and the evening that followed was attended by 325 guests in the company of their new ambassadors MARC BERGEVIN and PHILLIP DANAULT of the Montreal Canadiens. 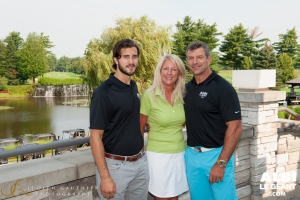 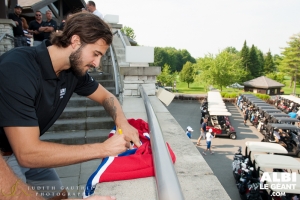 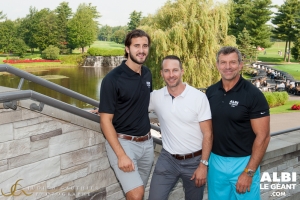 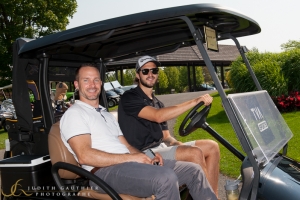 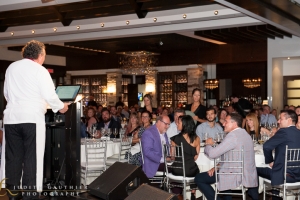 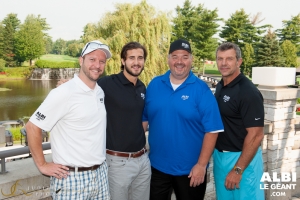 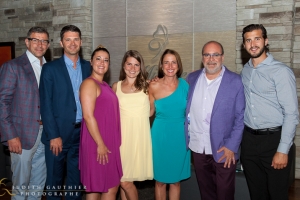 It must be said that the participants were spoiled, as they enjoyed a splendid summer day and a mercury above 30 degrees Celsius. "We blew on the clouds and even managed to offer you a solar eclipse," joked the president of ALBI the Giant, Denis Leclerc, since the event coincided with the astronomical phenomenon.

Out of the 860 concessions in Quebec, only 291 are owned by sole proprietors, Mr. Leclerc mentioned, in a more serious tone. "Now that two-thirds of Quebec dealerships are owned by groupings, we have to stand out as a group and invest ourselves without compromise in fine-tuning the buying experience and service. »

He said he wanted to offer the same positive experience from one dealership to the next and create "L'ALBI-tude" by committing to quickly resolve any irritants that could overshadow the customer's buying experience.

After a day of golf, a cocktail and a hearty meal, Le Géant still had a surprise in store for its guests. Gregory Charles came to offer a musical performance according to his usual formula during which the spectators provide a year's worth of music and the artist improvises on the greatest hits that have marked him. The highlight of the show was without a doubt the encore that brought Gregory Charles, sports commentator Roger Brulotte and Denis Leclerc together on stage in a vibrant interpretation of Paul Anka's success: My Way.